Google has recently announced their intention to drop SMIL support in Blink, the rendering engine for Chrome. SMIL is a way to animate SVG’s in a declarative way. Google’s argument is that SMIL animation has not become hugely popular and that Web Animations will provide the same functionality. As a result of this announcement, the SVG working group decided to move SMIL from SVG 2 and into its own specification. One could say that SMIL is on life support at the moment. SMIL’s lack of use is most likely due to its lack of support in IE. Microsoft has declared they will not implement SMIL in IE but they have hinted in the past that they are open to a native JS implementation built on top of Web Animations. So why would losing SMIL be a great loss?

A variety of Batman logos, animated with SMIL.

Ironically, YouTube is planning on using SMIL to animate buttons. As usual, if you are reading this in a blog aggregator and the images don’t display correctly, try viewing on my blog website. Aggregators don’t play well with SVG. (For more on animating paths, see my blog post on path animations.) You can read about Google’s intention and the debate that is going at the chromium.org Google group. If you use SMIL or plan to, let Google know that it is important to you. A figure just to have a nice image in Google+ (which doesn’t do SVG… another reason to frown): 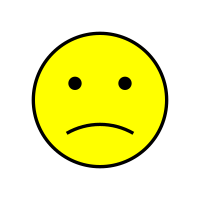 2 thoughts on “Google taking the SMIL out of SVG.”